What does a music producer do?

It would be easy to write an entire article arguing about exactly what this question means, but the simplest answer (and the truth of the matter) lies behind the scenes – of whatever parameters the interested parties have agreed to. Allow me to explain…

In today’s world of music creation, it’s often common for the term ‘producer’ to mean a person who literally ‘does it all’. And by ‘all’, I mean the following: write, arrange, engineer, program, perform, mix, master… the list can go on and on. Because of the advent of cheap technology, you can be a music producer in your own bedroom with not much more than a midi keyboard and a powerful laptop with some decent software on it.

But historically, the music producer was the visionary who had the concept for the overall sound that the artist would need for either individual songs or for an entire album. The most famous of these would come to be associated with a signature sound, and they would then be approached by a record company or artist who felt that this signature sound would be right for certain projects.

This, in turn, meant that the music producer would get heavily involved in understanding the essence and meaning of the artist’s songs, the instrumentation they required, the way the instruments’ sounds should be captured by the engineer and so on – they would literally call the shots on all of the major artistic decisions on capturing a song. Whether this was done in co-operation with the artist or record company would depend on how autocratic either party was prepared to be!

The very nature of artistic decision-making means that egos are often close to the surface and people with strong ideas and artistic vision are going to be determined that their point of view is the correct one. However, there is very little point in hiring a music producer if you are then going to disregard the expertise and advice that they have to offer…

Music producers can also often rely on trusted third parties (like engineers) who help interpret their artistic vision, and therefore work in harmony as part of a trusted team of creatives.

Now, about that artistic vision… music is an ever-changing beast and it’s very difficult to predict how music consumers’ tastes will change. Part of a music producer’s remit (now, as then) is to be aware of contemporary techniques and sounds and the technology and instruments that facilitate that. At this point, you are not simply employing them for their expertise, you are also engaging their sensibilities with regard to trends and fashion (assuming your act/material requires that). Or you may simply admire the producer’s portfolio of work, and wish to mine at that particular coalface for results.

And it’s at this point that I refer you back to the first paragraph of this article. What does a music producer do? You, as their employer, must decide what they do. If you have a temperamental artist who believes that they must have artistic control over everything, you will want a producer with great people skills and a knack for making an artist believe that their ideas are being used or heard – as well as creating the recording that you actually need at the same time.

As a basic rule of thumb, a great song is always going to be a great song – but a great producer (now, as then) will know how to augment and elevate it to be as good as it can be. This might mean edits, re-writes, re-arrangements, bagpipe solos… But it will all be work undertaken under the producer’s eye – in much the same way that a director oversees the making of a movie.

How to Record Vocals When Producing A Singer - Vocal Production 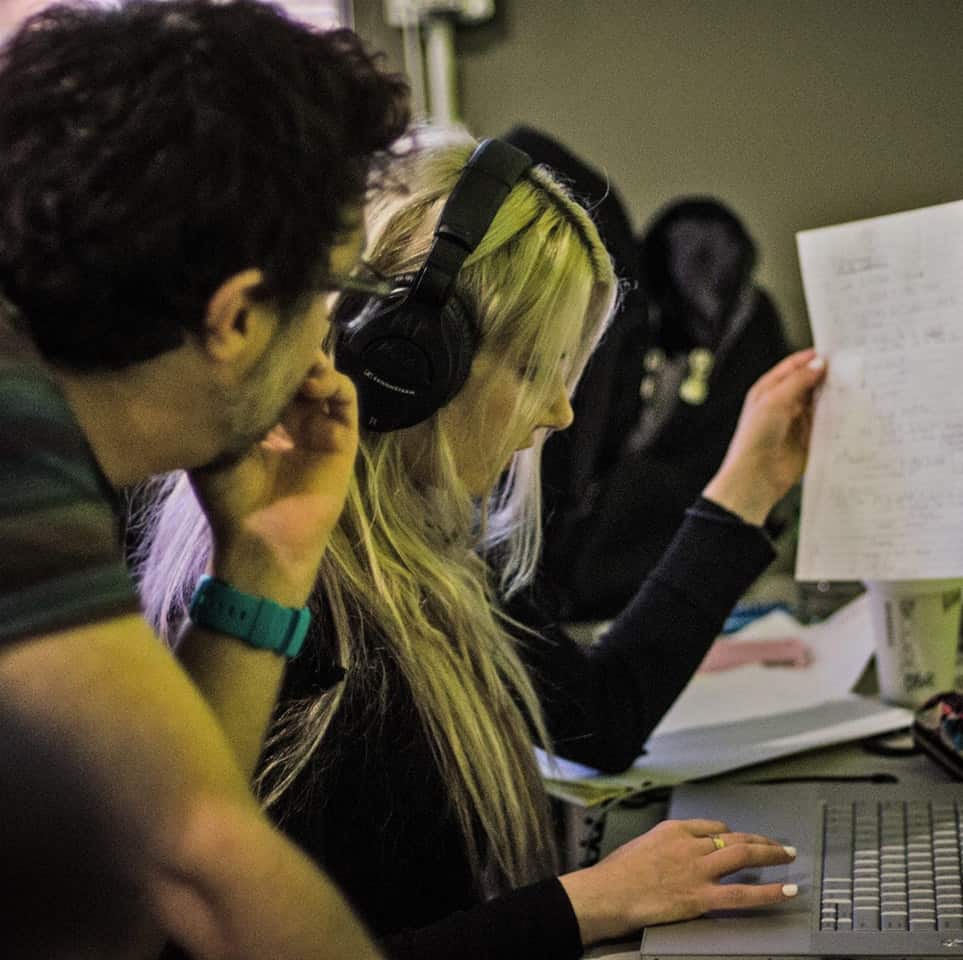 Book a free 15-minute one-to-one phone consultation, with one of our friendly admissions specialists. Let's get your music moving!